November 13, 2020
farewell
Services will be in compliance with guidelines recommended by the CDC and the State of Alabama, everyone in attendance must wear a mask and adhere to the social distancing guidelines 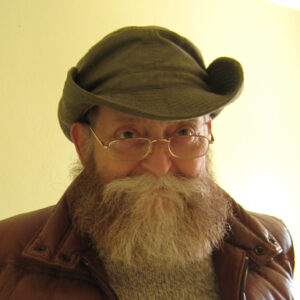 Mr. Richard Gregory Pfaelzer (Rik) (1951-2020) was a wanderer, a friend to all animals, and a lover of nature, good food, and music. He loved his daughter, Morgan; his husky, Wolf; his Appaloosa, Lightening; and all the countless other creatures in his life, like the wolves and ravens.

He was born and raised in Long Beach, New York. He joined the U.S. Marines at 17 years old and after leaving the service under unsure circumstances after 2 years, he moved to Pennsylvania, and on to Colorado, South Padre Island, Washington, and Alaska, among many other places.

He was a Deputy Marshal out of Green Mountain Falls, Colorado; working along Highway 24, Ute Pass. He was later a wolf handler at 2 wolf refuges: Wolf Haven and Wolfsong. He also enjoyed his job at a greenhouse in Alaska where he helped introduced more than a dozen trees and shrubs, both fruit-bearing and ornamental.

He was often humbled and amazed by the stunning beauty of the wilderness. He once wrote, “Riding through the North Cascades, listening to Wagner (Szell’s orchestral highlights), it’s absolutely perfect!”

He was an engaging and vivid storyteller. Many incredible events happened in his life, yet the line sometimes blurred between fact and fiction, as is common with all good tellers of tales. He easily made acquaintances and enjoyed a good laugh and entertaining people with his narrative. With a twinkle in his eye, he was always up for a little mischief.

In his last days, he was hitchhiking (most likely to South Padre Island) when his heart gave out and he ended up in a nursing home in Alabama. After surviving another stroke and covid-19, he passed away at the Park Manor Rehabilitation Center in Northport, Alabama, on November 8, 2020. He is survived by his sister, Cherie, in California, and his daughter, Morgan Pfaelzer, who resides in Colorado. His advice to her: “Eat well, live right, and enjoy yourself. Earth First!”